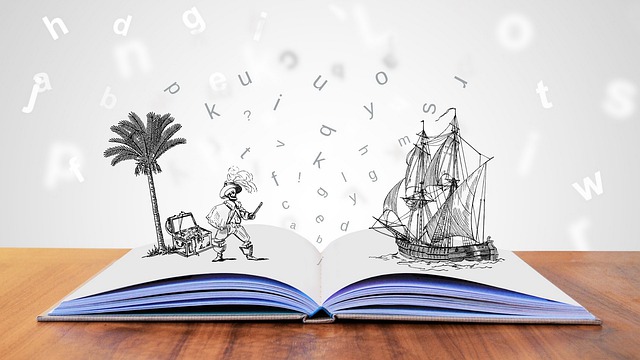 As a parent over the years I’ve heard how important books are to children. Experts say to read to your children often and then they’ll love books.

This might be true for some children but my son wasn’t one of them. Don’t get me wrong – he absolutely loves stories but he doesn’t love picking them up and reading them to himself.

I’m a homeschool mom and read to him every single day but he never expressed much of an interest in doing it himself. When I worked outside the home his daycare provider would help me teach him some of the basics and reading was one of those.

It seemed like all the other children were picking it up but he wasn’t. He struggled. I had a curriculum that came highly reviewed but it was still not working the way that it should.

When I quit my job and started working online I tried several different curriculums but nothing worked. I finally hired a reading tutor for him. She was a specialist in dyslexia.

He’s never been formally diagnosed but he shows all the signs. I’m not sure how severe the dyslexia is but he struggles with reading to this day but thankfully he loves books and has always had a high comprehension when we read them together.

A few years ago I started borrowing audiobooks from the library so that we could listen to them while we were driving around town (and beyond). When we first started I’d borrow short books but I quickly learned that he was able to listen to them for hours and we’ve enjoyed so many series as well as individual books over the last four to five years.

Here are some of our favorites:

I kept hearing about Percy Jackson but didn’t think my son would find it interesting. Finally I decided since so many people love it – I’m sure he would as well.

Percy Jackson is an action packed, adventure about an 11 year old boy who discovers that he’s a demigod. At the beginning he gets taken to a camp for other kids like himself.

In the first book he goes on a quest with two others from that camp – Grover and Anabeth.

This series has five books in it and we started these when he was seven or so.

We fell in love with all the characters of the Percy Jackson series and were very sad when the series was over; however, Rick Riordan has several books and Percy and his friends are in some of those books as well.

What I love about these books is that Rick Riordan has weaved Greek Gods, monsters, and myths throughout the entire series and so now my son knows about them.

Harry Potter took us a couple of years to get through all of them. I was concerned that we’d have to stop in the middle and wait a few years because when I watched the movies I stopped around book 5 and they were getting really dark.

We didn’t have to stop but I believe that when someone uses their imagination to come up with the characters and scenes it is limited to what they can think up whereas if you’re watching the movies it can be a completely different experience because it is someone else’s imagination.

We started this book series when he was about eight and actually stopped on book four because I lost it and had to replace it at the library. 🙂

This is a book about Harry Potter who discovers he’s a wizard. It goes into detail about his life and the life of his friends, Ron & Hermoine as the years go by.

It is full of adventure, plus it is a book about good fighting evil.

When I was looking at these books I saw that the first one is included in the Kindle Unlimited program. I signed up about a month ago and got a great deal.

I was introduced to Brandon Mull on Rick Riordan’s website or from something I read. He used words that said something like, “Brandon Mull knows how to create and bring a different world to life.” — I can’t find the exact words but I thougth if Rick Riordan felt that way I had to read it.

We started reading the Five Kingdoms and really enjoyed it. On Amazon, it looks like you can get the first 10 chapters of book 1 for free – Sky Raiders Free Preview.

Although as a parent I wanted to quit reading it within the first chapter because of how he set it up. I’m glad my son didn’t want to and we stuck with it because I absolutely loved the story.

It was about a group of children who came from Earth to the Five Kingdoms and the main character, Cole, saved them and the entire world. It was full of imagination and fun but had tons of adventure and some biting your nails scenes.

After that, we wanted to read more from Brandon Mull and so I picked up The Beyonders series. The beginning was hard for my son to get into but I decided that I wanted to listen and so I was listening to it when he wasn’t in the car. At least the first chapter – when he got back into the car I had listened to the beginning and so when he got in the car it was about a boy, Jason, around his age that was at a baseball field.

It went into the story and engaged him from that moment forward.

The Beyonders was about two children from Earth who got pulled into another world, Lyrian, that was ruled by an evil wizard emperor. This was a world where the people lived in fear and Jason & Rachel came to help them.

They traveled from place to place and met so many wonderful characters throughout.

I’d recommend both of these book series. The magic and wonder of what they could do on the planets was amazing.

The Chronicles of Prydain by Llyod Alexander

The Chronicles of Prydain is an older series but we loved it. It is about Taran an assistant pig keeper who has some grand adventures and helps people throughout the book. These books also have a few evil characters.

What I love about this book is that you can see him making hard decisions throughout and it shows how he is growing as a person. He struggles with people and the feelings that he has in some cases but his character shows through.

We still have the last book to listen to and I’m really looking forward to it. These aren’t as long as the other books but well worth it.

I was curious about these books and decided to research them – I found out that they are inspired by Welsh mythology.

Apparently we love our mythology. 🙂

Before we started listening to the longer books my son was absolutely obsessed with The Boxcar Children. I’m not sure that he listened to the first few but he has listened to so many of the mystery ones – we both have, but he liked to listen to them more than once.

These books can be listened to in a couple of hours and even though they have the same characters they don’t need to be in any specific order.

The books were about four orphaned children, Henry, Jessie, Violet, and Benny who came to live with their grandfather, James Alden.

In each book they solve a mystery. These are fun and engaging for children.

We listen to these books in the car because it is a great way to spend the time. It is suprising how much time we spend in our vehicles because 75% of the books we listen to are in the car. So we like to take advantage of this time.

We tend to stick to series of books but will read an individual book here or there.

Right now we’re reading a series called The Voyagers. The first two books in this series are listed in Kindle Unlimited membership.

It is about four children who have to go in search of certain materials on different planets because Earth is almost out of resources to produce light and energy.

The adventures and twists for each planet are fun and it is full of action as well. We seem to be an adventure and mystery book genre family. 🙂

We listened to the first two books in the series via audiobook but for the third one I’ve been reading it. These are also shorter than some books we’ve listened to in the past and I didn’t want to pay for the audio and since we can’t borrow from the library like we normally can – I bought the Kindle version.

Right now is the perfect time to start reading or listening to books with your family. I like to do it because it helps engage my son’s imagination, I can use certain parts as teaching moments (if needed), and it helps us bond through shared experiences.

So grab a book and start reading today.

P.S. I know there are hundreds of amazing children’s books and authors – so if you’ve got recommends, please share. We are always open to new books. 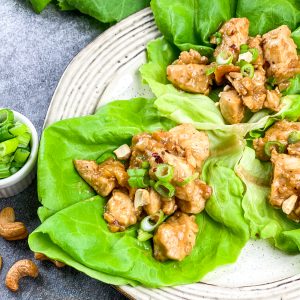